CALL US NOW
EMAIL US NOW
Sealing And Expunging

Whenever someone is arrested in Virginia, a record of that arrest is created, and the information is made available to the public. Everyone can see the record unless it is sealed or expunged.

Criminal records have always been available to the public, but with the proliferation of online services in the last three decades, it’s easier than ever to check someone’s background. The internet lets potential employers, for example, see someone’s criminal history almost instantly.

WHICH RECORDS CAN BE EXPUNGED?

Unfortunately for many people in the Manassas area, the state of Virginia does not expunge or seal criminal conviction records, with one narrow exception: A conviction can be expunged when someone receives an absolute pardon for a crime that he or she did not commit.

Employer background checks are routine and universal these days, so if you have an old criminal charge or an old arrest record, expunging that record can be a smart step to take. However, it’s also a choice that is made quite difficult by Virginia’s laws and regulations.

WHICH RECORDS CAN BE SEEN BY THE PUBLIC?

Even for a misdemeanor charge like reckless driving, you cannot expunge an arrest record if you were convicted on the charge that you were arrested for. Not even the best defense lawyer in Virginia will be able to help you.

YOU’LL NEED SOME HELP GETTING A RECORD EXPUNGED

But if you need to have an arrest record or a criminal charge expunged, and the arrest or charge did not lead to a conviction, help is available. You’ll need to contact a Manassas expungement attorney who will explain the process and take the appropriate legal steps on your behalf.

If the record of your arrest or criminal charge is expunged, it will not be seen by the public, and that includes landlords, banks, creditors, and potential employers.

Specifically, the record of an arrest or a criminal charge may be expunged in this state if and only if the record meets one of these four conditions:

WHY IS EXPUNGEMENT IMPORTANT?

Most of us want to make every effort to erase any trace of a criminal history. An expungement is an official confirmation that an arrest was wrongfully made or that a criminal charge was wrongfully filed against you.

WHAT ABOUT DNA RECORDS IN VIRGINIA?

Additionally, if you received a felony conviction in Virginia that was subsequently reversed, and if the case against you was then dismissed, the right expungement attorney can help you file a request to have your DNA record purged from Virginia’s DNA database.

TO LEARN MORE – OR TO BEGIN THE EXPUNGEMENT PROCESS

For twenty years, Manassas criminal defense attorney Scott C. Nolan has helped people in Northern Virginia get their old criminal charges and arrest records expunged. He has defended thousands of clients against criminal accusations, so he knows how important it is to have a clean record. Read more about getting your record expunged from this post.

To learn more about expunging criminal records in Virginia, or to schedule a legal consultation, call his law offices or reach out to attorney Scott C. Nolan online. If you are being routinely turned away by prospective employers, Scott C. Nolan is the attorney who may be able to help. 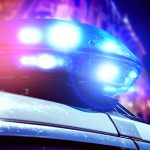 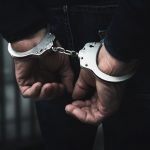 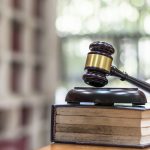 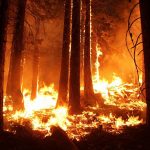 What Our Clients Say!