Alternative sentencing allows some offenders to keep their jobs, remain in their communities, and provide for their families. Other programs provide treatment, therapy, and counseling to convicted offenders who are struggling with drug and alcohol dependency issues.

If you are not guilty of a criminal charge, you should contest the charge and fight to clear your name with the help of a good criminal defense attorney. But if the evidence against you is persuasive and a conviction is certain, your defense lawyer will negotiate for reduced or alternative sentencing.

WHAT ALTERNATIVE SENTENCING PROGRAMS ARE AVAILABLE?

YOUR ATTORNEY SHOULD KNOW THE SENTENCING ALTERNATIVES

If you are charged with a crime in the Fairfax area, you’ll need to consult with a Fairfax criminal defense attorney who knows and understands the sentencing alternatives that are offered by the criminal courts.

As mentioned above, a defense lawyer’s first job is to fight for a defendant’s freedom – to have the charge dismissed or to have a jury return a not guilty verdict. But if that’s not possible, you must be represented by a defense lawyer who is familiar with the alternative sentencing options.

The first step to take after any arrest is to contact and speak with a reliable criminal defense lawyer. Do not answer any questions asked by the police – you have the right to remain silent – and do not accept any deal or plea agreement until you have been advised by your attorney.

WHEN SHOULD YOU SEEK A FAIRFAX ATTORNEY’S HELP?

To provide you with sound legal advice and an effective defense strategy, a good defense lawyer will need some time to investigate and review your case. If you are charged with a crime in Northern Virginia, you should start looking for a good defense attorney immediately.

Since 2000, Fairfax criminal defense attorney Scott C. Nolan has defended thousands of clients accused of serious crimes in Northern Virginia. He is a member of the National Association of Criminal Defense Lawyers and the National College for DUI Defense.

Attorney Scott C. Nolan will review the charge or charges against you, find and exploit any flaws in the prosecution’s case, and offer an appropriate and effective defense to the court. Whether the charge is a simple traffic violation or a crime of violence, he can help you.

To learn more or to schedule a legal consultation, call Scott C. Nolan’s law offices or contact him online. If your future and your freedom are at risk because you’ve been charged with a crime, promptly get the legal help you need. That is your right. 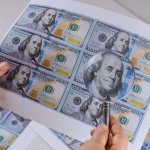 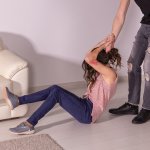 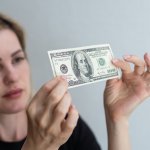 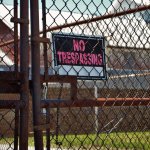