CALL US NOW
EMAIL US NOW
Out Of State Defendants

Being arrested and charged with a crime can be frightening, and it’s always a difficult experience. Nevertheless, if you reside in one state and you’re charged with a felony or a misdemeanor in another state, dealing with your legal situation will be even more difficult.

Apart from the possibility of going to jail or prison in another state, you may have to pay for transportation to that state for court appearances, and you may even have to take time off from work – especially if the charge against you is for a serious felony or if the case goes to trial.

As you know, thousands of people visit Virginia every year. Some of them get arrested here. If you live in another state, but you’ve been charged with committing a crime in Virginia, keep reading, because you’ll need to know some legal details, and you’ll need some legal help.

WHAT DO OUT-OF-STATE DEFENDANTS NEED TO KNOW?

If you live in a different state and you are charged with a crime in Virginia, you can’t just go back home and pretend that the incident never happened. You’ll need to have a Fairfax criminal defense attorney help you understand how the courts operate in Virginia and what to expect.

Traffic-related charges are the most common reason why out-of-state residents face legal trouble in Virginia. Visitors to our state should know that reckless driving is a criminal offense in Virginia – not a mere traffic infraction – and the charge can be based on speeding alone.

WHAT IS VIRGINIA’S PENALTY FOR A RECKLESS DRIVING CONVICTION?

If you’re convicted, you could spend up to 12 months in jail and pay a $2,500 fine. Your license is suspended for six months, and “demerit” points are added to your driving record. If you reside in another state, you can expect that state to enforce a license suspension ordered by Virginia.

If you are charged with a crime in Virginia, the right Fairfax criminal defense attorney can help you understand exactly what you are facing. In the most serious cases, if you’ve posted bail after an arrest, as a condition of your release, you may not be allowed to leave the state and go home.

If you post bail, leave the state, and fail to appear in court as scheduled, a Virginia judge can issue a bench warrant for your arrest, and you’ll be considered a fugitive from justice. If an arrest warrant is issued, you could be extradited (that is, brought back) to Virginia to face charges.

It does not matter if the charge against you is for a violent felony or for a low-level misdemeanor. You need to deal with it promptly and forthrightly, because a criminal charge in Virginia will not go away. The sooner you resolve it, the better.

WILL YOU HAVE TO RETURN TO VIRGINIA TO APPEAR IN COURT?

For anyone who resides in another state, some charges (predominantly felony charges) require you to appear before a judge in a Virginia court, but in other (mostly misdemeanor) cases, your defense attorney may be able to appear in your place with what’s called a waiver of appearance.

The importance of consulting with a Virginia defense attorney cannot be overstated. You will need to know exactly what potential penalties you’ll face if you’re convicted, and you’ll need to know where, when, and if you will be required to appear in court.

Not appearing for a scheduled court date is the biggest mistake that an out-of-state defendant can make. Criminal defense attorney Scott C. Nolan routinely assists out-of-state residents with criminal matters in Virginia, including outstanding warrants, criminal charges, and probation violations.

Since 2000, Scott C. Nolan has represented clients who face serious traffic charges, DUI, and other criminal charges in Northern Virginia’s state and federal courts. He is a member of the National College for DUI Defense and the National Association of Criminal Defense Lawyers.

If you’re charged with a crime in Fairfax – or anywhere in Northern Virginia – don’t plead guilty, and do not try to act as your own attorney, either. Let a Virginia defense lawyer with two decades of experience advise you and fight for the justice you need.

Scott C. Nolan has effectively represented thousands of clients – including out-of-state clients – who are charged with serious crimes in the Fairfax area. He has established a reputation for aggressive defense representation, superlative client service, and excellence in the courtroom.

To learn more, or to arrange a legal consultation by phone or in person, call Scott C. Nolan’s law offices or reach out to him online. If you face any criminal charge in Virginia, you’re going to need the right defense lawyer’s help. 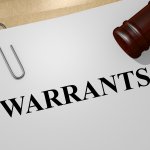 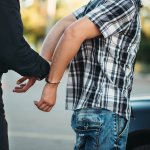 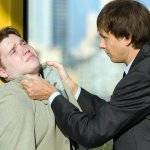 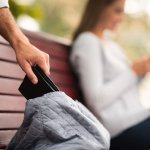