Committing an actual theft – or any other crime – is not required to convict someone of burglary. Simply entering into a structure with the intent to commit a crime is sufficient to constitute burglary in Virginia.

HOW ARE BURGLARIES CATEGORIZED BY VIRGINIA LAW?

Statutory burglaries in Virginia are divided into three subcategories:

WHAT ABOUT OTHER BURGLARY-RELATED CHARGES?

Virginia also prosecutes these other forms of burglary:

Additionally, breaking and entering to destroy or damage real or personal property without the intent to steal is considered criminal mischief, which is charged as a Class 1 misdemeanor or as a Class 6 felony depending on the value of the property that’s damaged.

HOW WILL A FAIRFAX DEFENSE LAWYER HELP YOU FIGHT A BURGLARY CHARGE?

If you are charged with any form of burglary in or near the Fairfax area, you can’t afford to be represented by the wrong lawyer. Instead, you’ll need to speak with a Fairfax burglary attorney who has substantial experience and a record of success on behalf of burglary clients.

What steps will your defense attorney take? In most burglary cases, the first step is trying to have the charge dropped by the prosecutor or dismissed by the judge.

A burglary charge may be dropped or dismissed if police officers violated your legal rights during their investigation of the burglary or during a search, interrogation, or arrest.

If a burglary charge can’t be dropped or dismissed, and if you are the defendant, you’ll probably face a choice. If you genuinely believe that you are not guilty of burglary, you should dispute the charge and insist on a trial by jury.

However, if the state’s evidence against you is persuasive and a conviction is a foregone conclusion, your lawyer may suggest negotiating for – and accepting – the best possible plea bargain arrangement.

WHAT DEFENSES MAY BE OFFERED AGAINST A BURGLARY ALLEGATION?

If your burglary case goes to trial, a prosecutor will have to prove your guilt beyond a reasonable doubt in order to convict you. In many burglary prosecutions, a good Fairfax burglary attorney may be able to find flaws in the state’s case and cast doubt on the evidence against you.

Your lawyer might offer one of these arguments in your defense:

Fairfax criminal defense attorney Scott C. Nolan focuses his practice entirely on representing clients charged with crimes – including burglary crimes – in Northern Virginia. He has represented thousands of clients accused of serious charges, and he’s established a reputation for aggressive defense representation and for legal excellence. 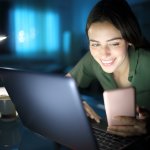 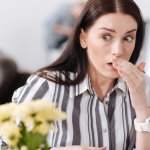 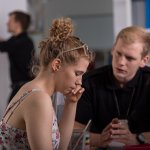