Scott Nolan here, talking about field sobriety tests and why you should never take them.

Why you should never take those field sobriety tests

In many of my videos I have discussed how these tests are not required. You do not have to blow into the breathalyzer. You do not have to walk the straight line or stand on one leg. You don’t have to follow a pen or a light with your eyes, touch your nose, say the alphabet, count backwards, or do any of that nonsense.

I am ot talking about the breath test back at the police station. This is about any tests before you’re arrested. You don’t have to do any of that nonsense, and you shouldn’t.

The problem with accuracy

Here’s one of many reasons why you shouldn’t take them: accuracy.

Metal detectors are not gun detectors. They only know that metal has passed through. If I carry my keys through a metal detector, the alarm is going to sound the same as if I carry a firearm. I set off metal detectors every time I go into a courthouse with my suspenders. That doesn’t mean I’m carrying a gun or to arrest me for carrying a gun just because the machine sounded. That would be ridiculous.

The same way, field sobriety tests do not detect alcohol. They don’t detect it on you, in you, or near you. They detect a lack of coordination. Now, it is absolutely true that most drunks don’t have any coordination.

How these tests were created

Here’s what you need to know about these tests. They were created back in 1977 by the National Highway Transportation Safety Administration or NHTSA. NHTSA hired some contractors and said, “Create us a series of tests that will test for alcohol.” And those contractors went off and created these tests.

Then NHTSA said, “Well, okay. Now we need someone who will validate these tests. Someone who will test them in a laboratory setting to make sure they do what we want them to do.”

And guess who they hired? They hired the very same people who had created the tests and said, “Hey, look. We want to make sure these tests work. Will you tell us if these tests work?” And those people did some tests of the tests.

The results of their experiments

They did some experiments and guess what they found. Back then, the BAC, the illegal BAC was 0.1. And if you take these tests, they will detect a 0.1 BAC with 76% accuracy.

A cuple of years later, the laws changed and the BAC was now 0.08. So they went to the same set of contractors and said, “Will you test this?” And they said, “Yup.” Guess what? In their new tests, they found that they detect 0.8% alcohol with 76% accuracy.

In all, they did this five times. There were a total of five different tests of the field sobriety tests, and they uniformly returned a 76% accuracy rate. And since your tax dollars paid for this, you are allowed under the Freedom of Information Act to go take a look at all that data, proving that these tests work. Or you would be if they hadn’t lost it.

NHTSA says they lost the data when they moved buildings. So the data of the first four tests — excuse me, the last four tests, has been lost, but you should take their word for it, it works. The data from the very first test has been released and you can get that.

The problem with their test results

Defense lawyers and their experts did manage to get it with some difficulty, and as a result, we now know that the 76% claim does not follow scientific principles.

I’m not a scientist, and whether you are or not, I’m probably not capable of explaining exactly what the issues are with this statistical analysis. But here’s the bottom line: they tested people with a high BAC and they tested people with what they call a low BAC. This generally meant that they didn’t have any alcohol or very little alcohol in them.

Not a fair test

Do you think that’s fair? No reasonable person thinks that’s fair, but NHTSA did. More importantly, the data shows that when people were guilty, that is, when the test subject had a high BAC, the police officers were able to identify that with great success. According to NHTSA, the accuracy was 93%. Now that’s an amazing statistic.

Now, through some statistics I admittedly don’t understand, NHTSA came up with a total success, a total accuracy for these tests at 76%. Like I said, I don’t understand the math and how they came to that number. I assume it was good math, but all I know is if you’re not guilty, the test is going to say you are guilty 47% of the time. Now do you want to blow into it?

Let’s change the facts around. It’s not about being alive or dead, it’s about being locked up or not locked up, it’s about having your driver’s license taken away or not taken away. I wouldn’t do it at the 93% because that’s a 7% chance that I’m going to lose my license. But guess what? I’m not guilty, and if they stop me right now and I did those tests according to NHTSA, there is a 47% chance the cop would say I failed, even though I’m stone cold sober.

Guess what else? I’m not that coordinated. I’m really not taking that dumb test. If that hasn’t convinced you to never take field sobriety tests, I’ll have some more information for you later on. If you want to talk about standardized field sobriety tests or any other area of the law, give me a call. I’d be happy to talk to you. 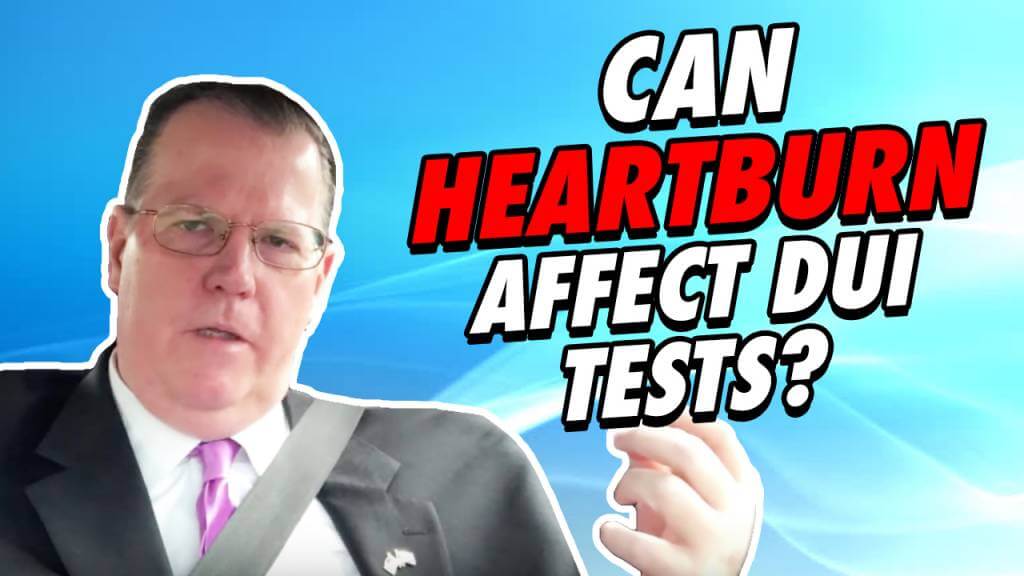