Bail is a constitutional right given to defendants to stay out of jail as an alternative to staying in jail throughout the criminal case. Simply put, you pay bail in exchange for your freedom. However, this doesn’t mean the Virginia courts don’t remember about your arrest or the charges against you.

When the courts allow you to post bail, you agree to attend all court hearings concerning the charges that landed you in jail. But there’s just something about earning your freedom back after losing it, even for a while. And it’s possible to forget your court dates. If this is your case and you missed your court date while on bail, contact a Virginia criminal defense lawyer immediately.

Missing a court hearing while on bail is considered skipping or jumping bail. It has its consequences and penalties. Once you realize you missed a court date, there are important steps you should take.

What If the Court Date Passed a While Ago and I’m Just Realizing I Missed It?

If the court date is still the same day, then you should definitely call the courts. Some courts can withdraw any penalties against you and might convert it to a show-cause if you can get yourself to the courthouse before the close of business. It will help your situation if you can still show up to court on the date you were supposed to appear.

If you missed court more than a day, then you definitely need to call a Fairfax criminal defense attorney. With your attorney’s help, you could gather paperwork or witnesses on what happened, e.g., if you were in the hospital, etc.

What Consequences Will I Face If I Miss My Court Date in Virginia?

Skipping bail is a serious offense in Virginia. When you fail to honor bail terms and don’t appear before the judge on your court date, the judge might reiterate and penalize you. Here are the main consequences you may face for failure to appear in court.

A judge may issue a Failure to Appear (FTA) Bench Warrant. This type of warrant gives the police the authority to arrest you for failure to show up in court. Consequently, the police can arrest you anywhere, at any time. But if you voluntarily come to court after such a warrant is issued, the judge might “recall” the warrant and set up a new court date. Of course, you’ll need the help of a lawyer for a smooth process.

In Jail Without Bail Option

Once you are arrested, the police will take you right back to jail. The problem is that you’ll be stuck in jail because courts will not generally grant bail to people who already skipped bail.

When you skip bail, a judge is likely to take that as a bad sign and set an abnormally high bail amount. And if you paid bail with your own money and ended up skipping bail, don’t expect to get your money back.

If you involved a Fairfax County bail bondsman, the bail bondsman loses the money when you skip bail. You will likely have to pay the full amount paid for your release, in addition to the fees paid out to the bail bondsman or agency. Besides, a bail bond agent might send a bounty hunter after you.

You will now face new charges on top of your prior charges. You are likely to be charged with contempt of court (interfering with the order of justice/disrespecting the court’s authority). Punishment for contempt of court in Virginia is usually up to six months in prison and/or a fine of up to $500.

Can I Reschedule a Court Date?

The best way to postpone a court date is actually to appear in court. That way, you will have the chance to request the courts for an extension. But this will need your physical presence.

Once you ask the courts for rescheduling, the judge and the opposing counsel will have to approve the request. If you have a good reason, the dates can be adjusted. But if the courts feel there isn’t enough reason to change the dates, you may have to follow through.

What Steps Should I Take If I Miss Court While Out On Bail?

Once you realize you’ve missed court, there are a few steps you should take:

Your lawyer will contact the courts on your behalf, and they may be able to put a hold or stay on the FTA warrant until the new court date. If this fails, the police can arrest you anytime. But once you appear in court, the judge will dismiss the warrant.

Once you have a new court date, call your bail bondsman and let them know the situation and that you are working to remedy the matter. Most agents will ask you to call back after your rescheduled court date to confirm if you attended court and that the warrant was dismissed.

Show Up On Your Next Court Date

You won’t be doing yourself any favors by missing two court hearings. Appear on your next court date and ensure you follow all terms related to your release.

Failure to appear for a court date can aggravate the charges against you. We understand that sometimes there are legitimate excuses for missing court. If you missed your court date or you’ve already been charged for skipping bail in Northern Virginia, you might be anxious about what to do next.

A knowledgeable criminal defense attorney serving Fairfax, Fairfax County, and Prince William County would be able to guide and advise you accordingly. You need an attorney who will not only defend your rights in the failure to appear charge but also for the original charge. Call (703) 223-8883 today for a free consultation. 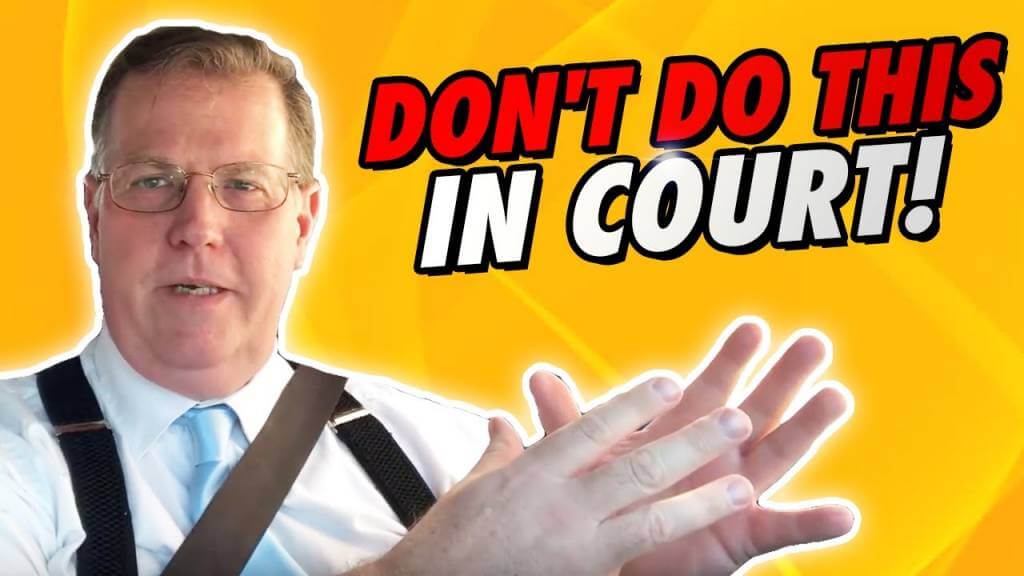 What NOT To Do In A Courtroom